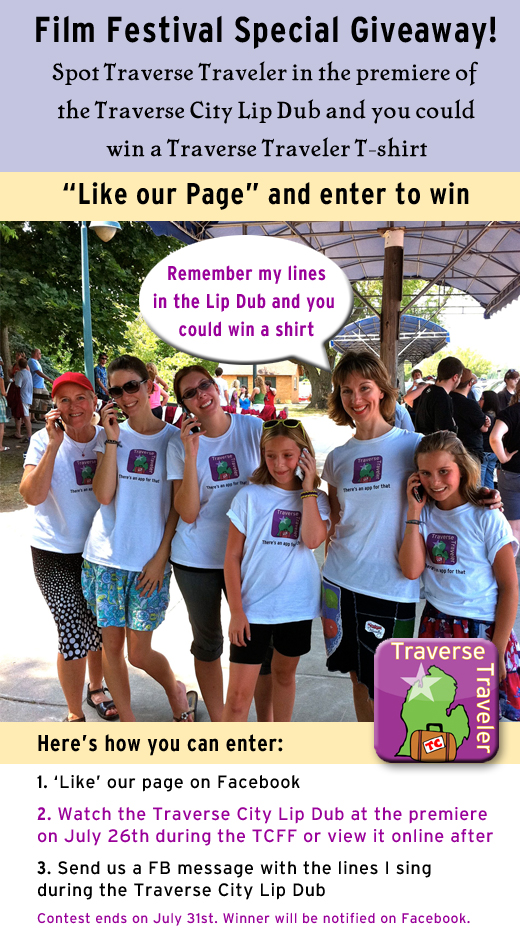 Spot Traverse Traveler in the Lip Dub and You Could Win

To enter to win “Like” our Traverse Traveler Facebook page, then send us a message with the lines Brandy sings on the Traverse City Lip Dub.

Not on Facebook? Email us here with the lines Brandy sings and you’ll be entered to win. Contest ends at the end of the TCFF on July 31st.