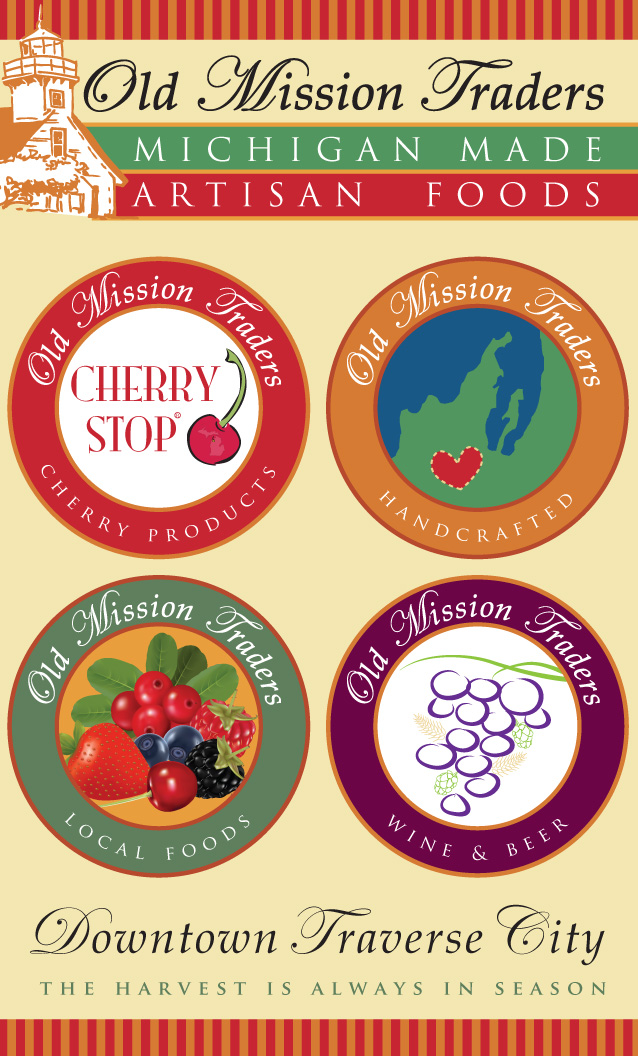 After a month long transition, and a move next-door, the owners of the Cherry Stop have re-opened their business as Old Mission Traders.

The Cherry Stop first moved downtown in 2002 and operated as the only cherry-centric store in Downtown Traverse City. Owners Nick & Jamie Roster purchased the business in 2005 and began updating, remodling and adding new features. They expanded their product lines to include a large selection of local Michigan wines, which prompted the addition of UnCorked, an all-Michigan wine bar.

Over the last few years the Rosters brought much of the production in-house and began to produce homemade fudge, bakery items and experiment with new lines for The Cherry Stop. They added barbeque sauce, mustards and developed natural low-sugar versions of their popular jam. But they were always limited to Cherries.

Traverse City has grown as a foodie town. The Rosters realized there were so many companies they already carried that offered wonderful products beyond cherries. From nut butters to viniagrettes they wanted to do more. And the concept for Old Mission Traders was born.

After the closure of the Uncorked wine bar they had more elbow room than they needed. The opportunity to swap spaces with Momentum arose and it seemed like a perfect fit. Despite the proximity of the move, there was a lot of work to be done to make the new space suit their needs. Floors were refinished, displays were built, and a kitchen had to go in downstairs for all their homemade products. 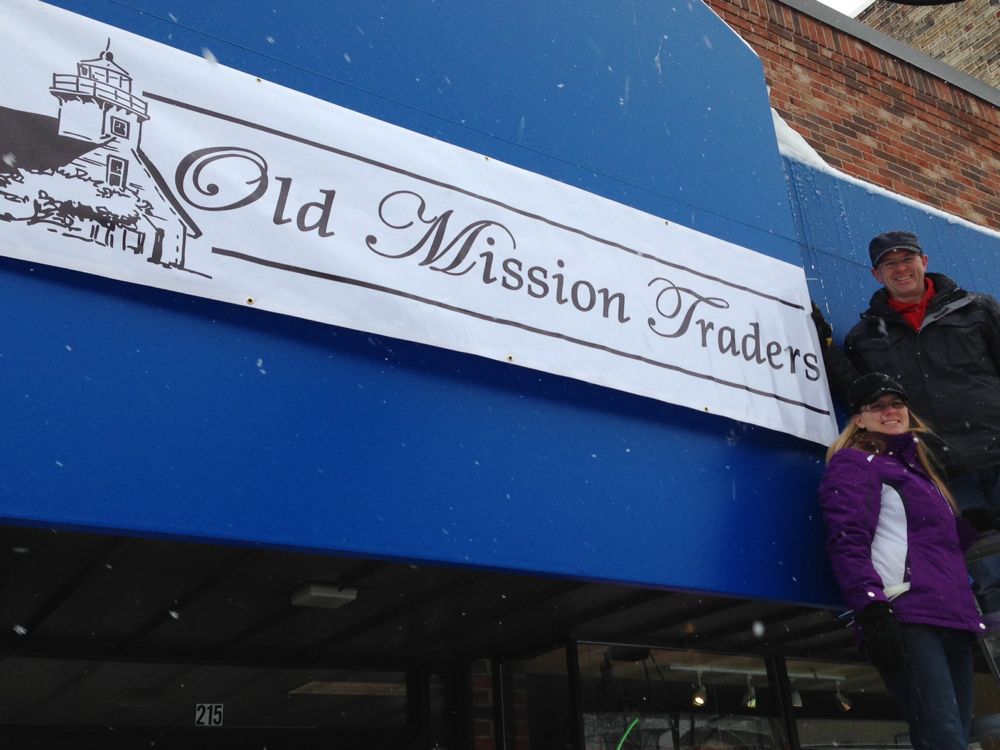 Today Old Mission Traders officially opens their doors to the public, just in time for the Winter Comedy Arts Festival in downtown Traverse City. Inside you’ll find the same friendly staff, and all the products you knew and loved from The Cherry Stop. Soon there will be new products under the Old Mission Traders name including a maple viniagrette and a pear vanilla bean dessert sauce. 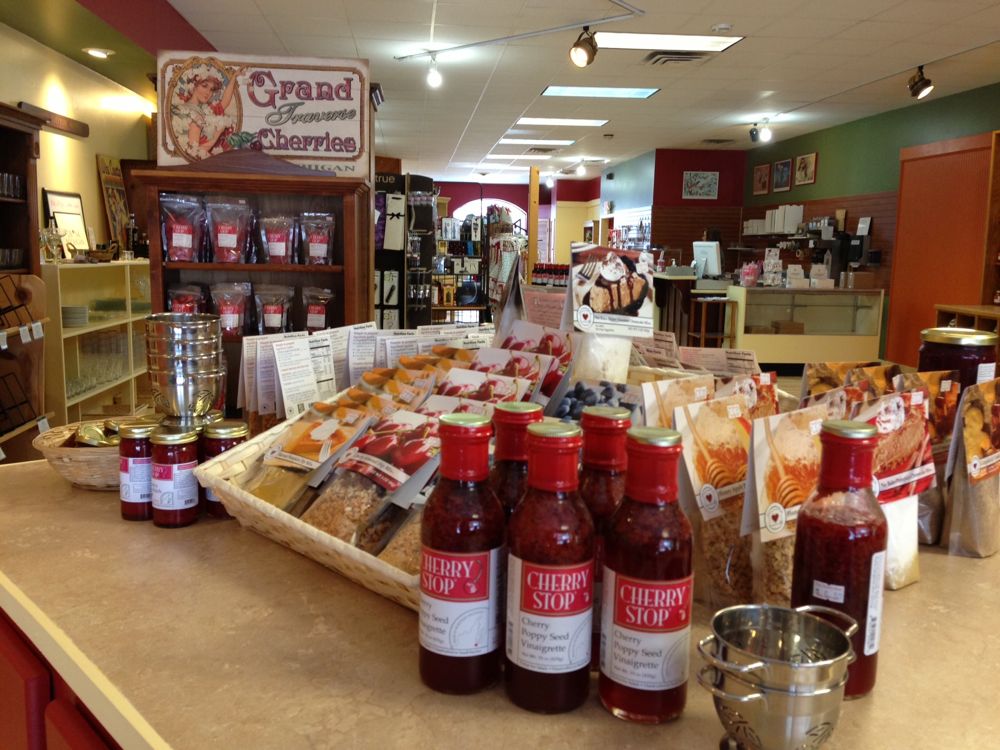 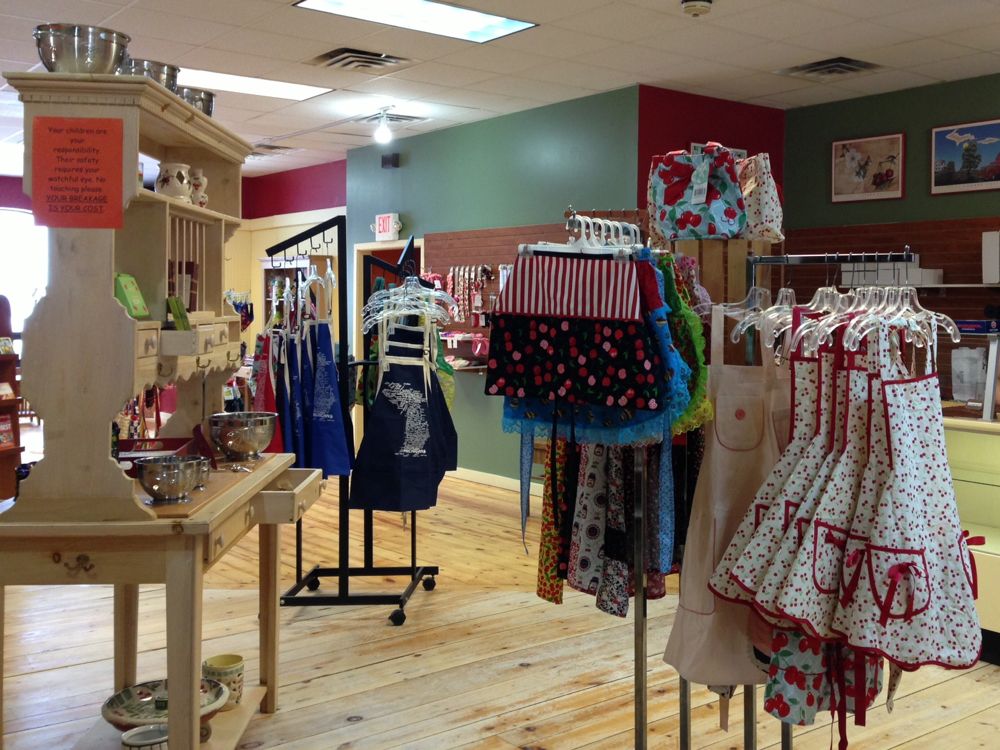 So while you’re laughing it up at the Comedy Fest this weekend stop in and say hi to our friends at Old Mission Traders at 215 E. Front Street, downtown Traverse City. You can also continue to shop online at TheCherryStop.com until the Old Mission Traders website is up and running.

Stay tuned for a grand opening soon when some of the Old Mission Traders products are bottled and ready to be unveiled.